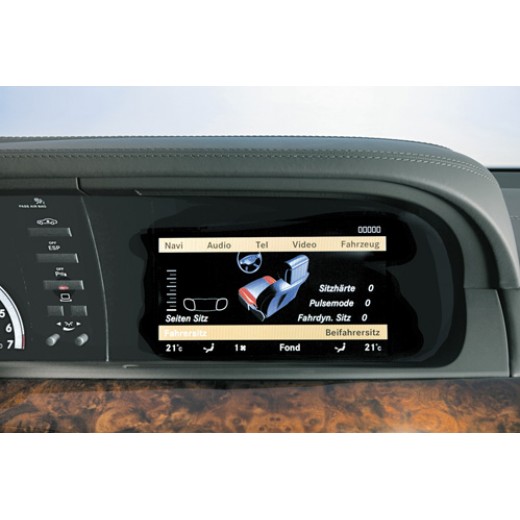 The DVD contains navigation data for 34 European countries ,with streets and roads, towns , villages, and many POIs .

Whole of Western Europe is covered with the 2016 version !

About 9.2 million kilometers of road navigation in 2016 version known throughout Europe.

Compared to the old version so that now approximately 457 608 more POIs are available.

In addition, shows the navigation system can also be the quickest route to 2,667 Mercedes -Benz

( 5 / 5 )
Dear SatNavDisc I recently purchased the Mercedes Comand NTG3 v15 update and have now installed successfully into my car, it took 45 minutes with no problems. Also no need for any Mercedes registration code as warned by other websites charging 5 times as much. On holiday this week in Spain and updates are working great. Now seeing so many more POIs as per the photo and hotel we are staying at, 10 years of updated info. I look forward to getting back home and seeing all those newer roads. Thanks for the prompt and great value service, can recommend you to my friends for their ageingcars. Regards Phil Harris
TIFFAN on 04/04/2017

( 5 / 5 )
Thank you for my satnav disc installed today and everything is working just fine, simple and very EASY
Showing 1 to 2 of 2 (1 Pages)